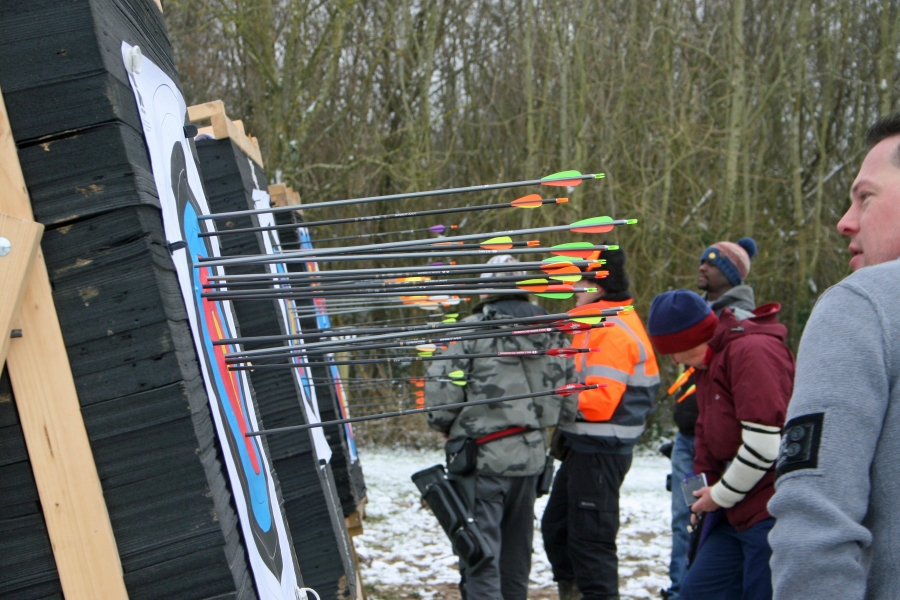 The last round of this years Frostbite League took place at the field last Sunday, 18th March. The "Beast From The East" certainly made for the coldest shooting conditions so far making the league really live up to it's name. Despite the snow and ice 9 brave club members were not put off by elements and turned up to represent their club.

Paul Murray our League Secretary would like to thank everyone that took part in the Frostbite League this year and especially to those that turned out on Sunday in the horrendous conditions of Snow, Ice, Mud and Arctic winds. Your dedication and commitment was and is very much appreciated. The scores from Sunday were as follows:

Don't forget that the Sunburn League starts in May so hopefully the weather will be much warmer and drier by then!