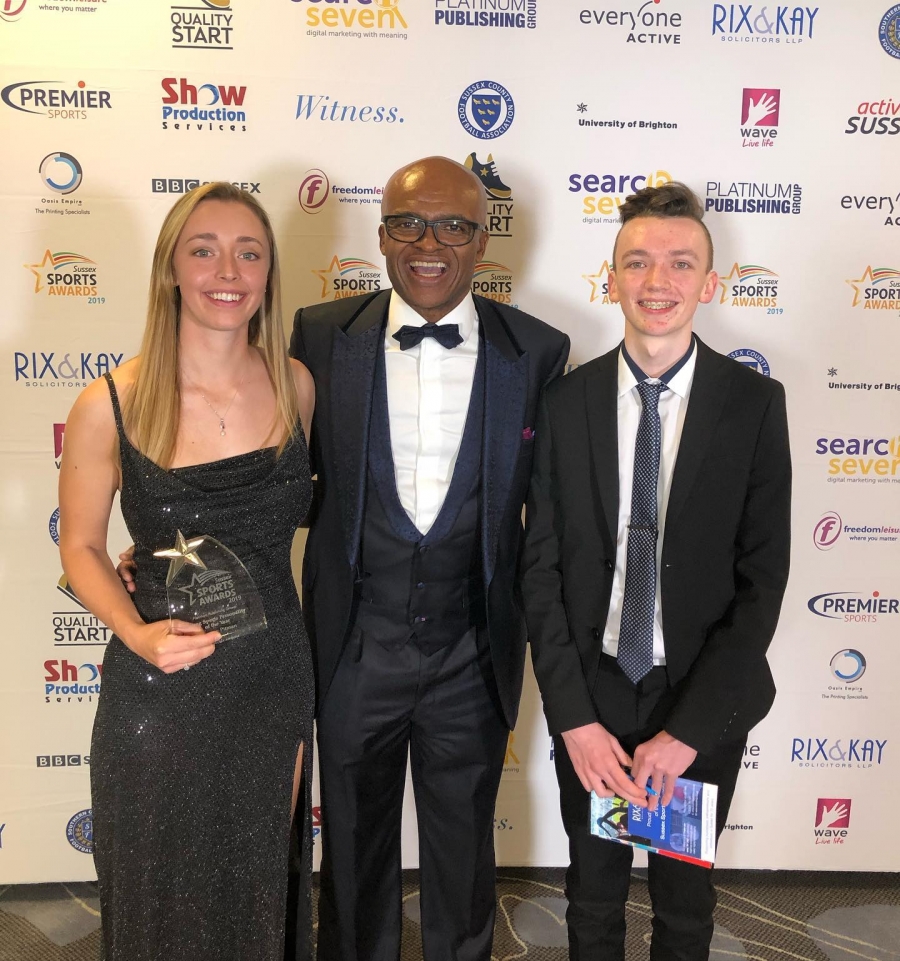 As previously reported club member Bryony Pitman was nominated for the Platinum Publishing Group Young Sports Personality of the Year 2019. The award ceremony was held at the Hilton Brighton Metropole on the 22nd November and other nominees in the same category were Amber Anning (Athletics) and Charlie Lane (Snowboarding). We are both delighted and immensely proud to say that Bryony won and deservedly so!