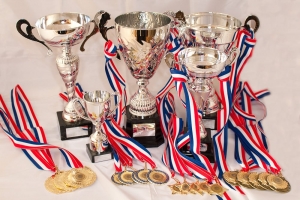 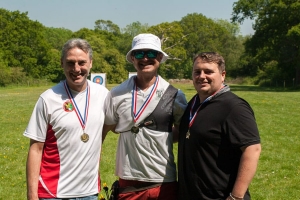 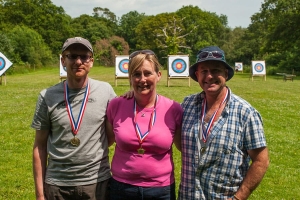 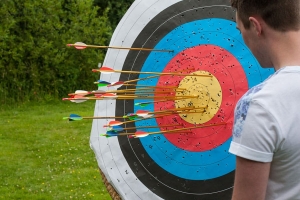 Our 3rd Beginners Course of the year took place over the weekend of the 28th & 29th June and once again we had 12 eager participants looking to experience and take up our favourite sport.

As usual we started off shooting barebow at just 10 yards and it wasn't long before just about everyone was shooting well and producing tight groups. Our team of volunteers, Frank, Lee, Andrew, Oliver, Stuart, Gary and Graham were always on hand to not only ensure everyone's safety but to give tuition and guidance on correct form, technique and advice on the equipment needed. It was the help, friendliness and encouragement of our volunteers which in no small way contributed to the success of the course and all of the participants commented on how much they had learned and how much they had enjoyed it. We are also delighted to say that everyone of them said that they would be joining our club and we look forward to welcoming them in the very near future.

Photos from the course can be seen below. 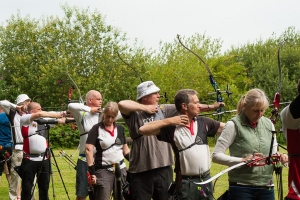 Sunday 6th July saw us hosting a Albion against Holbrook Archers at our ground.

The morning did not look promising with early heavy rain but fortunately the rain clouds passed by the time we were setting up the field and stayed away for the duration of the shoot. In total 3 different rounds were being shot, the Albion, a Windsor and a Junior Windsor. Shooting for Worthing were:
Albion: Gavin Sutherland, Oliver Johnson, Paul Kennard, Will Camp, Stuart Judd, Lloyd Mitchell
Windsor: Frank Hollis
Junior Windsor: Lee Newman, Ben Fearnside, Will (Mossy) Camp, Jenni Camp.

Full results and photos below. 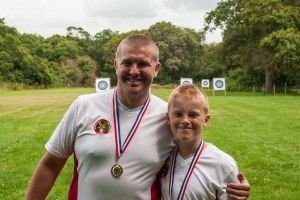 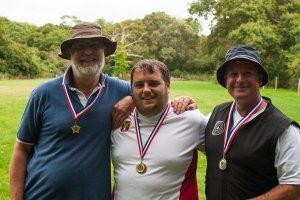 Last Sunday, August 17th, was the penultimate round of the Sunburn League 2014. 20 club members took part in the usual choice of three rounds, Junior National, National and Long National.

Whilst the weather certainly wasn't going to give anyone sunburn this didn't dampen anyone's enthusiasm as everyone was aware that having now shot 3 previous rounds they now had to better a previous score for it to be counted towards the final league results.

We would like to pass on our thanks and gratitude to Frank for organising this round and also to Dave Gregory who very kindly took some of the photos on the day.

Full details of the results from the day along with photos can be viewed below. 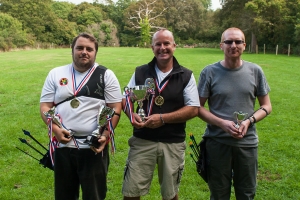 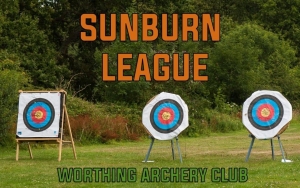 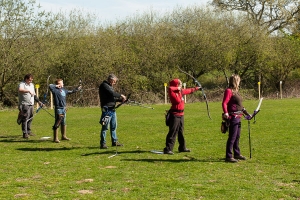 Unlike last year, this year the Sunburn League is based on the various FITA/World Archery Long Metric rounds, namely the Long Metric IV, III, II, I and Long Metric. Whilst the sun was out so was the wind and with it cold temperatures, summer is on it's way but it's not here just yet! The wind also caused a few problems with several people reporting their arrows being blown this way and that and on more than one occasion a steady cross wind became a strong head wind just at the moment of release.

A big thank you to all that turned up to shoot and helped set up and pack away. A special thank you to our records officer Frank Hollis who came up to ensure all was running smoothly despite being too ill to shoot. Get well soon Frank!

Scores and photos from the day can be read below.

Please note the scores here have been verified and in some circumstances may differ from those shown on the leader-board photo due to either incorrect totaling on the score-sheet or a change in handicap etc.