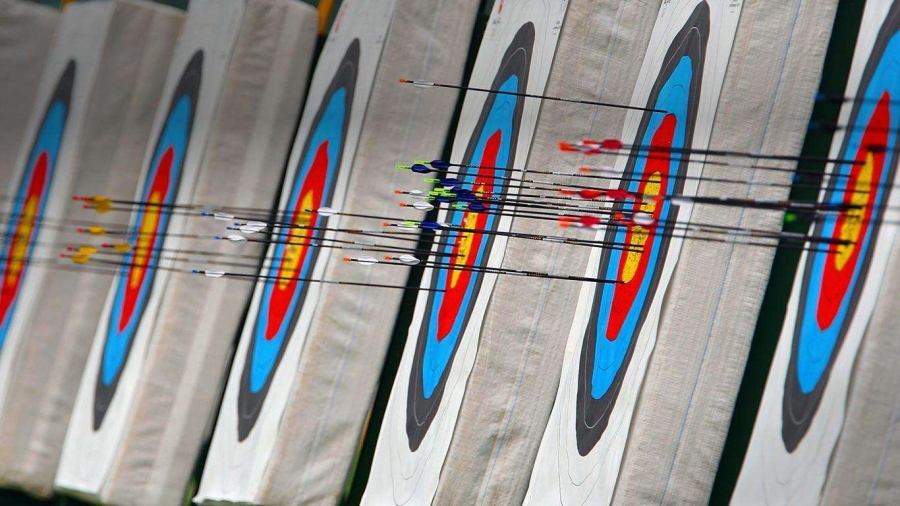 There are many different rounds that can be shot both indoors and outdoors and broadly breakdown to either Metric or Imperial. Imperial rounds are the traditional rounds from Archery GB (governing body of archery in the UK) that are typically named after British cities. These rounds are shot at distances measured in yards. Metric rounds are shot at distances measured in meters and predominantly fall under the World Archery (formally FITA) governing body although there are also some metric rounds from Archery GB.

The following tables show the number of arrows (per dozen) shot at each distance for each specific round and the maximum score that can be achieved for that round. The tables also list what size target face is required and the scoring system that is used, either 5 zone or 10 zone. 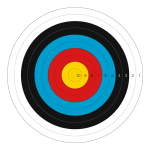 5 zone scoring is only used in Archery GB Imperial rounds. On a target face there are ten rings with the rings being in coloured pairs resulting in 5 colours. These 5 colours are the zones and are scored as follows:

10 zone scoring is where each of the 10 rings has a different value with 10 being for the inner gold ring, 9 for the outer gold ring all the way down to 1 for the outer white ring. Many target faces number each ring accordingly, as can be seen in the picture above.

Indoor rounds such as a Portsmouth are shot in 3 arrow ends with 2 ends (6 arrows) of sighters and use metric scoring.

Outdoor rounds such as a York are shot in 6 arrow ends with 1 end (6 arrows) of sighters and use imperial scoring. A 120cm target face is used and rounds involve multiple distances. The furthest distance is shot first and then the bosses are moved to the closer distance.

All indoor rounds are shot in 3 arrow ends and archers also get 2 ends (6 arrows) of practice before scoring commences. Archers also have 2 minutes in which to shoot an end an 3 arrows. The metric, 10 zone scoring system is used.